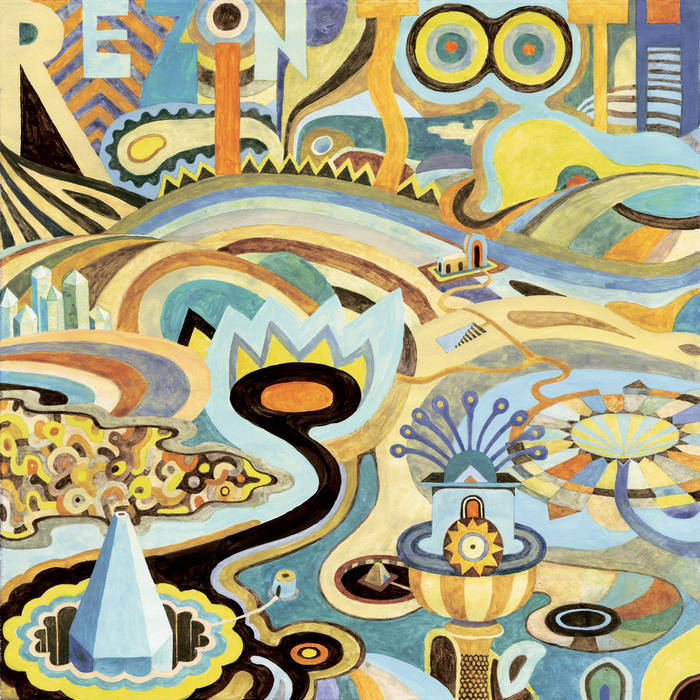 One can imagine these words echoing in the wizard's mind of teacher and keys and synth man Nathan Spicer just before conceiving this, his "never meant to be released" masterpiece dub experiment. He, along with the lions share of the members of his Seattle-based funk/afrobeat group, Polyrhythmics, render a profound dub album as majestic and dynamic as if the members each had simultaneously recieved this missive from on high. Was it King Plachacha himself that dubbed these funk squires as true knights of the coming Pleiades/Earth 4th dimensional consciousness ascension portal event? The music seems to indicate so. As soundsystem technicians/prophets who came before such as Tubby, Perry, Scientist, and Pablo, Rezin Tooth and engineer/bass player Jason Gray succeed in manifesting a sonic blueprint of this possible fourth dimensional realm where peace and enlightenment flow freely as the true currency of the universe. Fellow Funk parishoners in this holy temple of dub are Ben Bloom (strings), Grant Schroff (drums and symbols), Lalo Bello (percussion) Art Brown (reeds) Elijah Clark (horns). Yes, praise the lord, Spicer et al did heed the call and indeed dubbed themselves. And you are now holding in your hand the Chronicle of their efforts. Rezin Tooth lays their new album of contemplative dub upon dub's mighty altar as an expression of their reverence to this beguiling and communal Jamaican art form. With this offering, they take communion with dub's sacrament from the basements and sound systems of planet earth and tape-echo it back out to the Pleiades. -Lucky Brown